The first big tent-pole hits theatres and streaming, and it’s the first real test of the new theatre+streaming release model. I know Raya & The Last Dragon was a big test for Disney, but it wasn’t a franchise, it was still early enough in the vaccination process that people still weren’t going to the theatres a lot. It was low risk as it wasn’t expected to put up, say Marvel or Frozen numbers. I think it would have done very well in any other year. But Godzilla vs. Kong… that’s a real test. Especially with Warner Bros. and Universal flipping to a shorter six week theatrical window soon. But we’ve got some theatrical and some streaming offerings for our viewing pleasure. 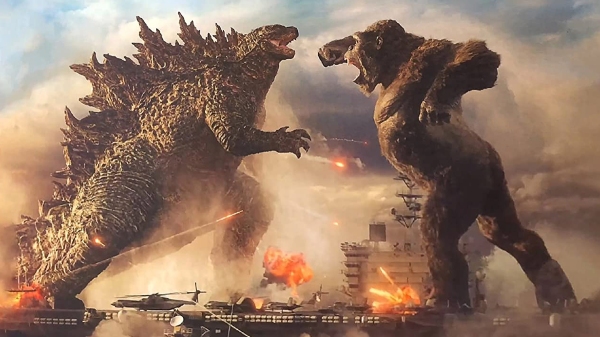 The long delayed and highly anticipated trailer for the biggest Monster Mash since 1962, Godzilla vs. Kong. Check it out below:

The Woman in The Window, an intriguing sort of Rear Window knock off starring Amy Adams and Gary Oldman has been sitting on the shelf for the better part of a year. Originally set to be released in May of 2020, it was pulled from the schedule like so many other films of the year. But while some films got rescheduled, then re-rescheduled, then re-re-rescheduled, before eventually getting a limited theatrical run, VOD release, or just went straight to streaming, Woman in the Window just sat in limbo with no release in sight.