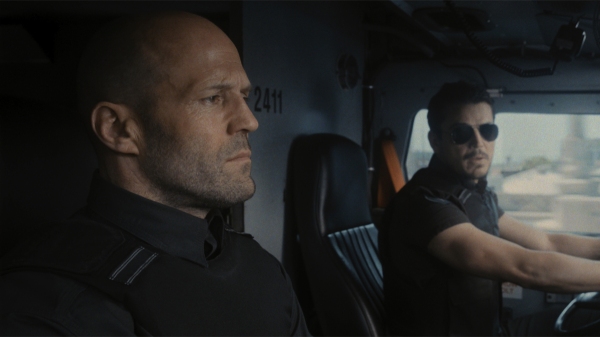 May. The official unofficial start of summer and the summer movie season. We’re inching back toward theatrical normalcy and with some big movies hitting theatres this month, we’ll hit there soon enough. Let’s see what we’ve got this week. 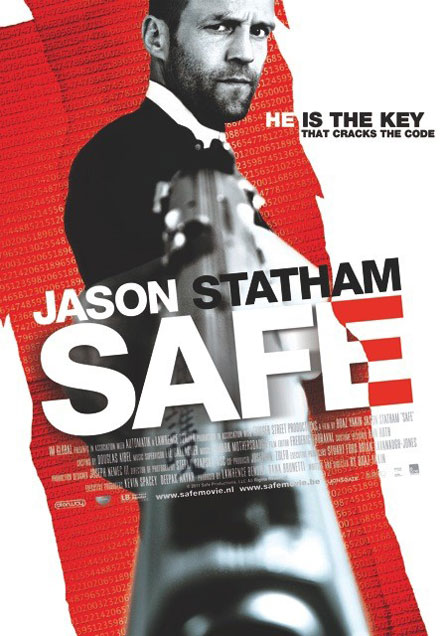 One thing I like about Statham is that he has a type of film. He’s found a genre he likes, and he sticks with it- loner action hero. He does it quite well, and I tend to like his films. That’s not to say they’re generally good… but I enjoy them. Safe has some solid action, but is ultimately hindered by a ridiculous plot and sloppy writing.

There was one line in particular that was uttered by two different characters in two different scenes. The characters had no contact during their respective scenes. So in addition to being a well-worn plot, the writers are recycling their own dialogue within their own movie. That was one of the more cringe worthy aspects of the film.

Otherwise, they made the film way more complicated than it really had to be, with plot points being introduced way too late in the game to make them viable to the arc. It’s similar to the problems with The Raid. They hit the third act when they realize they need to a way to tie it all together, and they end up doing so in the laziest way possible.

But credit where credit is due, Statham does a considerable amount of actual acting in this role, playing a broken, world beaten man who does what he has to do out of some sense of redemption. And of course the action is wildly entertaining, it’s what he does best. I just wish he’d pick better vehicles to showcase it. I can’t wait for his return in The Expendables 2. If you absolutely have to see it, I say wait for DVD/Netflix.

The comedy team of Jason Segel and Nicholas Stoller is one of the more productive and hilarious in recent years.  They kicked it off 4 years ago by working on Forgetting Sarah Marshall together, Stoller directed, Segel wrote and starred. They carried that success into getting the prestigious gig of writing  The Muppets last year (which Stoller also directed, and Segel also starred in). Fast forward to this year, and we get their latest offering, which despite a strong cast and solid premise, just isn’t as strong as their previous efforts.

I can’t not like Segel. He’s a very funny guy, and so disarming with it. He’s just a nice guy you’d love to hang out with. Everything he’s in, from How I Met Your Mother to the movies mentioned, he’s just so gosh darn likable. Add into the mix the beautiful and equally charming Emily Blunt, who is always a delight, with Parks & Recreation‘s Chris Pratt and Community‘s Alison Brie, and you’ve got the perfect recipe for comedy gold. But it just goes on too long.

I have no problem with long movies. Some of my favourite movies push the three-hour mark. This one was slightly over 2, and that’s not terrible for a comedy… if they can keep the audience’s interest. Unfortunately the film drags way too much and can’t overcome that fact.

It’s a standard romantic comedy, and you can guess the end of the film with the trailer, but it’s not about the destination, it’s about the journey, and they take the long way to get there. During the parts where it drags, there’s also a drought of laughs, which is where I would get lost. It’s right around the middle of the 2nd act, and the 3rd act is slow going. If they would just trim the fat, this would be perfect.

If you’re looking for a good date night movie, this is it, just be warned that it gets a little tedious in the middle.

Much like last year’s Anonymous did with Shakespeare, The Raven looks to cast a new light on a famous writer, this time we head to the 19th century and take a look at Edgar Allan Poe. And much like last year’s Anonymous, it’s actually a really good film if you know absolutely nothing about the writer or the times. Having written term papers in college on both men, my enjoyment was a little marred.

This is a sort of departure for Cusack, as he’s not known for doing period piece. I kind of like him as Poe. He really played it straight, with some classic Cusack neuroses thrown in, which was a good choice. I was scared they were going to go over the top gruesome with him, and play him his as more of a caricature than as a man, and I appreciate the restraint.

As someone who didn’t particularly care for V For Vendetta (the message got lost/forgotten), I was quite impressed with director James McTeigue’s vision. Much like Cusack, he played it straight, and just made a really solid thriller. This is the kind of film that if Tim Burton got his hands on it, it would have been a schlocky macabre mess. But McTeigue kept the focus on the cat & mouse between Poe and his adversary (don’t want to spoil it for anyone) and plays out in an almost Holmesian way.

A really solid gothic thriller about the master of horror. It’s not worth full price, see a matinee or a 2nd run theatre.