Building on yesterday’s entry, the movies I’m looking forward to in the second quarter of 2011, April to June.

Super – I’m a fan of James Gunn, I like off book superhero stories (Kick Ass, Defendor) and a good strong cast including Rainn Wilson (who’s much better than what Dwight has become), Ellen Page and Nathan Fillion make this one of my most anticipated films of the year.

Scream 4 – Say what you will about Wes Craven’s last picture (the so-so at best My Soul To Take), the man’s a legend, and the Scream trilogy is one of the best and most consistent horror franchises. I’m looking forward to this with cautious optimism. Can it call back to true satirical spirit of the original, or will it cave in to the constructs of the genre like the third? We’ll find out in April.

Your Highness – I think the best way to describe this is… Why not? James Franco and Natalie Portman are terrific actors, Danny McBride has been a great second fiddle for the past few years, why not make a raunchy Medieval comedy. Could go either way, but chances are good.

Thor – I applaud Marvel’s ambition in rolling out their heavy weights as one big franchise. Iron Man 2 was troubled, but still good, same with The Incredible Hulk. With a strong cast, a great director, and a relative unknown in the lead, this teeters on the brink, but I think it’ll be well received.

Pirates of the Caribbean: On Stranger Tides – I think this is what the third movie should have been, instead of one film spread out over two movies. A singular, stand alone narrative. The only thing that truly worries me is Rob Marshall replacing Gore Verbinski in the director’s chair.

The Hangover II – When The Hangover came out, it was one of those films where everything came together to be a truly funny movie, that didn’t hold back, and certainly didn’t take the easy way out. Can the crew catch lightning in a bottle again? With everyone on board for a second venture, this time to Thailand, let’s hope so. 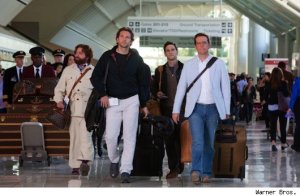 X-Men: First Class – The third film and Origins: Wolverine were disappointments, but with fresh eyes and talent, here’s hoping they can revive the franchise. Especially with James McAvoy and Michael Fassbender as Professor X and Magneto, respectively.

Super 8 – The new J.J. Abrams film is shrouded in mystery, but should we expect anything less from Abrams? After Cloverfield, Star Trek and “Lost,” I’ll follow him anywhere.

Cars 2 – Cars is perhaps my least favourite Pixar film (not that it’s bad, just… not as good) and probably the least deserving of a sequel. Should we be worried that their production slate features only one (Brave) original film, of three (the other being Monsters, Inc. 2) to be released between now and the end of 2012? I hope not, but it doesn’t inspire optimism. But Pixar has a proven track record, and they won’t jump in without making sure the story is worth it, first.