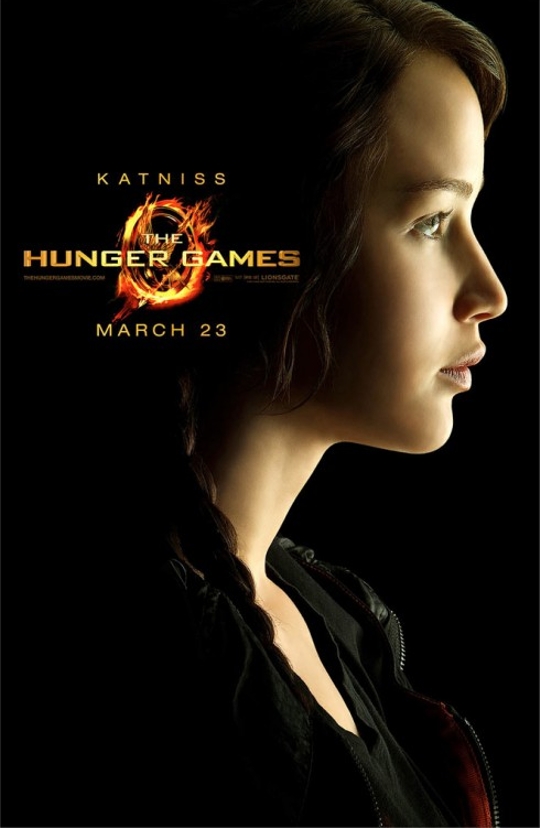 Studios have made a mad dash to find the next hot book property to turn into a film franchise, following the wrap-up of Harry Potter. Despite being pretty decent, Percy Jackson didn’t really land with audiences. Despite being terrible, Twilight‘s the only one that managed to become a hit. That all changes with The Hunger Games, based on Suzanne Collins wildly popular book trilogy.

I will admit that I haven’t read any of the books. Though I only read one of the Harry Potter books, and maybe a paragraph of a Twilight “novel,” it didn’t affect my ability to judge the films. When a friend first described The Hunger Games to me, my immediate thought was “So it’s The Running Man meets The Giver?” After experiencing the story, I stand by that initial reaction. And that’s not a bad thing at all.

I’ve long lamented that the problem with the popularity of Twilight is that it’s empty calories for the mind. Despite featuring a female lead in Bella, she’s poorly written and has no real value. Were I to have daughters, she’s not a character I’d want them to look up to. Katniss Everdeen, of Hunger Games, is the complete 180 opposite. She’s a strong-willed character, who shows a lot of compassion for her fellow citizens and fellow competitors in the Games. She’s smart, clever and capable.

And Academy Award® nominee* Jennifer Lawrence captures that perfectly. She quickly became “One To Watch” following Winter’s Bone and X-Men: First Class, and her clout will only continue to rise following the impressive outing in The Hunger Games.

I was more than a bit skeptical at the prospect of this film. It was a young cast anchoring a hot book property that featured a love triangle. Very reminiscent. But when you get a solid cast in there, they’ll be able to do great things. Josh Hutcherson was fantastic as the conflicted Peeta, Katniss’ partner in the Games and possible love interest (it’s a little… up in the air, still). Liam Hemsworth wasn’t given much to do in the first film, but with the $155 million opening weekend, we’re all but assured the sequel.

My favourites were the supporting cast of familiar faces that would pop up. My inner 90s rock fan geeked out when Lenny Kravitz showed up as image consultant(?) Cinna, and I’m a little ashamed at how long it took me to recognize Elizabeth Banks as Effie Trinket. The two supporting shining stars though were Woody Harrelson’s Haymitch Abernathy, the world-weary Games coach for Katniss and Peeta, and Stanley Tucci’s colourful Caesar Flickerman, the Ryan Seacrest of the Games.

The only real fault to find in this film is Tom Stern cinematography. The shakey-cam. If done right, it can add to the film. Paul Greengrass had Oliver Wood over-utilize, but it didn’t really hurt his two Bourne films. J.J. Abrams likes to use it, and has had Daniel Mindel use the technique for Star Trek and M:I 3, and it usually adds to the excitement. Gary Ross was stepping into the fantasy action genre for the first time and it just seemed a way to cover up his lacking as a director (as is almost always the case with shakey-cam). It felt like he couldn’t properly film the action sequences, or even any sequence, really. I spent the first 20 or so minutes thinking an earthquake was happening.

Get to the theatre early and sit towards the back, you’ll avoid headache and nausea that way. Otherwise it’s a terrific film, and I can’t wait for the sequels (how often is that ever said?).

5 thoughts on “Review: The Hunger Games”