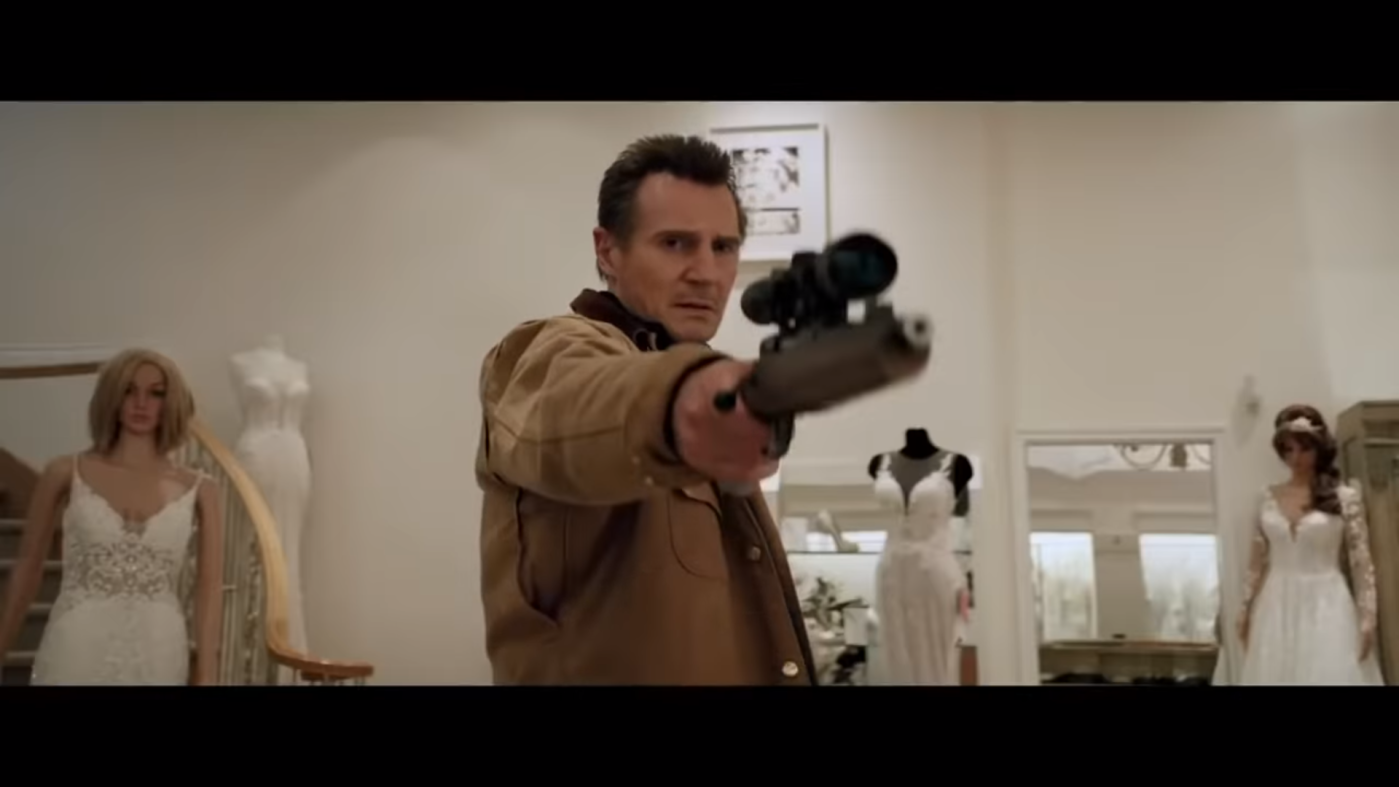 Liam Neeson has carved out a particularly curious career as a late age action-thriller star, and for the most part, they’re enjoyable. This chapter in Neeson’s career should probably come to an end with Cold Pursuit. It’s not a high note to go out on, but definitely indicative of a quit while you’re still ahead mentality.

In Cold Pursuit, Liam Neeson stars as Nels Coxman, an upstanding citizen, snow plough driver, and father seeking vengeance for the murder of his son. It involves drug cartels, mob bosses, and a lot of death and violence as Neeson works his way up the criminal food chain. I was fairly excited by the concept of a vengeance-seeking snow plough driver. It’s a ridiculous enough concept to work if they would have embraced the inherent ridiculousness, and run full force into it.

Unfortunately, director Hans Petter Moland, remaking his own 2014 Norwegian film Kraftidioten, sets out to make a knock-off Coen Bros movie, attempting to be alternately bleak and comedic, with edge of seat tension… but he doesn’t fully realize what makes a Coen Bros film tick and ends up creating a disorganized mess that just doesn’t work on any level.

There are a lot of dropped subplots, particularly with the female characters. There’s definitely more to the story between Nels and his wife Grace, played by the usually fantastic Laura Dern clearly in it to collect a quick paycheck. We’re supposed to expect more out of his brother’s relationship to his mail-order wife, but there’s no payoff there, either. Even the more developed female characters have dropped storylines that go nowhere. Emmy Rossum’s newbie, overeager cop should have more going for her, even broaching the idea of moving up in the department early on, but she’s ultimately just there to fill the role of “Cop.” Julia Jones’ Aya, the ex-wife of the mob boss Viking, seemed like she was going to have a more key role in the finale, but was nowhere to be seen.

I don’t know if it comes down to poor writing or poor editing, but the film is a string of missed opportunities and dropped plots, in favour of just showcasing Liam Neeson killing henchmen. Moland attempts to go for that black humour with the violence, but there’s no jovial build up, there’s no glee or giddiness to the acts of violence, so it just seems gratuitous and boring after a while.

Cold Pursuit never crosses over into the pulp, B-Movie fun it needed to make it work on such a ridiculous sounding premise. It’s never able to really build the tension that makes us care about the outcome. And the payoff of the finale is completely underwhelming. You’re just glad the film is over and you get to go home.

I wouldn’t even recommend catching this on cable if you’re stuck at home some rainy Saturday afternoon in a few years. It’s not worth your time or energy. Just skip Cold Pursuit all together.