What movies am I looking forward to as we close out 2011, here they are, the flicks of October through December!

Real Steel – It’s robots boxing. While it may be an expanded episode of “Futurama,” a decent enough cast could make this an enjoyable popcorn flick.

Rum Diary – Johnny Depp made a promise to Hunter S. Thompson that he’d make sure Rum Diary made it to the silver screen, and come October, we may finally see that promise fulfilled. I’m excited to see Bruce Robinson’s return to directing following a nigh 20 year absence.

11-11-11 – Sure it seems gimmicky to title your movie after it’s proposed release date, and construct an entire plot around it. And sure it could be another 2012, but I’m giving this horror thriller the benefit of the doubt till more details emerge and a trailer is released.

The Muppets – Jason Segel got the job of writing the screenplay and some music for this new muppets movie after his work in Forgetting Sarah Marshall. I love the muppets, and I’m hoping this could lead to a full length Dracula musical. 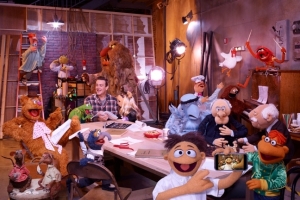 The Girl With The Dragon Tattoo – I’ve liked the original Swedish trilogy so far, I’ll be seeing …Hornet’s Nest at the end of the month, but I’m less cautious about this remake. Let Me In and True Grit proved that you can do well by readapting the source material. I think we’re in good hands with David Fincher directing. What’s going to be key is Rooney Mara’s take on Lisbeth Salander.