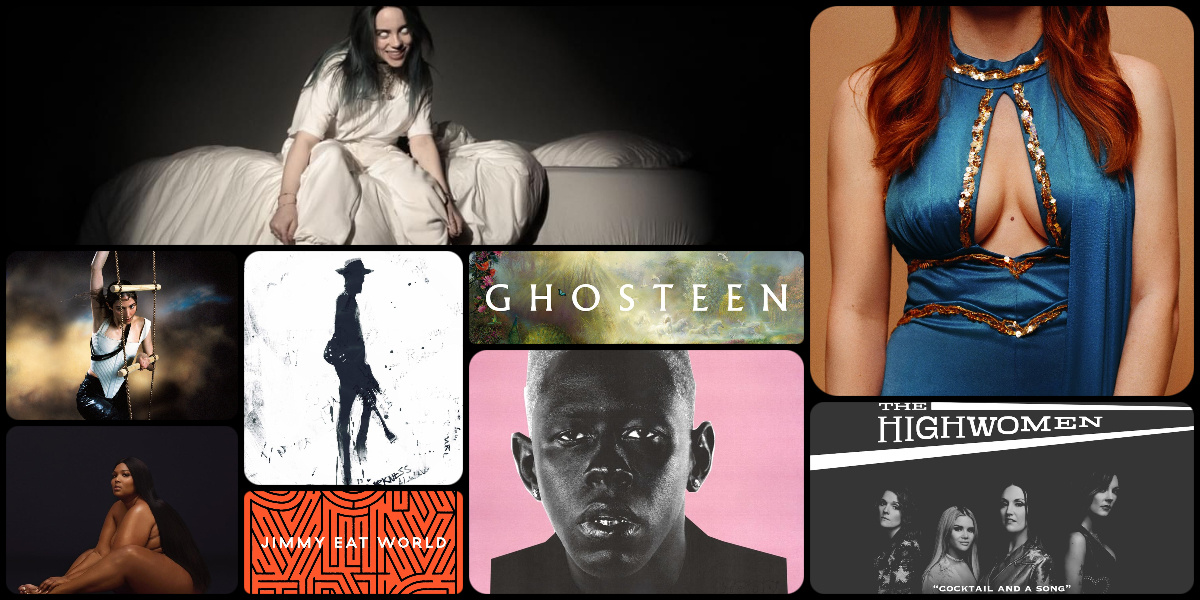 Album Of The Year

Jenny Lewis – On The Line

The Voyager was one of my favourite albums of 2015, so I wasn’t too surprised that I enjoyed On The Line. I was surprised by how much of herself she poured into her songwriting for one of her more personal and emotional works to date. Every song tells the story of Lewis, to bring who she is and what brought her here into focus. It’s the kind of album every songwriter hopes to write, and few ever get the chance to.

Song of the Year

Lizzo’s Cuz I Love You was certainly in contention for album of the year, and on an album full of straight-up anthems, any of them could have taken a place on the song of the year. But for a year as big and wild as 2019, Truth Hurts has to, HAS TO, take the top spot for song of the year.

Debut Album of the Year

Billie Eilish – When We Fall Asleep, Where Do We Go?

As a 90s kid, the best way for me to describe Billie Eilish is if Fiona Apple and Daft Punk teamed up. There’s a bravado in her songwriting that challenges the notion of what someone so young could do, and her sound is just so fun and interesting.

Legacy Album of the Year

I don’t know if Nick Cave will ever not occupy this spot, but it’s so incredibly rare that after 17 albums spanning 35 years, he’s still a master at his craft, releasing one of his most emotionally enthralling and beautiful albums to-date.

The Rest of the Best

The National – I Am Easy To Find

Vampire Weekend – Father of the Bride

Maggie Rogers – Heard It In a Past Life

Sara Bareilles – Amidst the Chaos